data-url=””
data-via=”centreumc”
data-text=””
data-count=”vertical”>Tweet
Jesus, the Son of Israel, the Son of God, withdraws to the wilderness, led by the Holy Spirit. He has passed through the waters of the Jordan River, but instead of entering the Promised Land, Jesus goes into the wilderness, the place of waiting and wandering and temptation. The heavens have opened, and the Spirit has descended on him like a dove, and a voice has claimed Jesus as God’s Beloved Son. Father, Son; Son, Father. You might expect something equally wonderful to follow on the heels of that stunning revelation: a royal enthronement, a mighty display of power and gifts, a magnificent show of divine love. Instead, the Spirit leads Jesus into a barren land. There is no royal throne, no display of power and gifts, no show of divine love. There isn’t even anyone else around. No, instead, there is hunger. There is thirst. There is temptation. And there is the devil.

What happened to being God’s Son?

What happened to the Father?

Has the Father claimed the Son only to abandon him in the desert?

Jesus answers the temptations: to each one, he rebukes the devil with words from Deuteronomy, the law: people don’t live on bread alone; worship only the Lord God; and don’t put God to the test. But Jesus never responds to the seeds of doubt; he never takes on the “if.” So it seems the questions never get answered: does being God’s Son mean getting kicked to the curb? Does being God’s Son mean being abandoned by the Father? Has the Father left Jesus to struggle and make his own way in the world?

We are entering our own wilderness on this first Sunday in Lent. Last month, just a few weeks ago, really, we renewed our baptismal covenants. Baptism—where God claims us as God’s sons and daughters. Baptism—where we discover that God is on a mission to redeem the whole world. Baptism—where we, as God’s children, begin to know God as Abba, as our Father. And on top of that, this Lent we are centering our lives in worship on the Paternoster, the Our Father, the Lord’s Prayer. So the questions facing Jesus in the wilderness are very real for us in this Lenten season. Have we been adopted by a heavenly Father who will abandon us at our moment of need? Are we children of a god who disappears when things get tough?

The first line of the Lord’s Prayer doesn’t make things easier: our Father, who art in heaven, hallowed be thy name. Our Father, in heaven, holy: each of these seems to put more space between between us and God; each phrase seems to increase the distance between us and God. Father, the authority figure, the respected elder. In heaven, not on earth like us, but of a realm we can scarcely imagine. Hallowed, or holy: holy means separate, set apart, kept away from things and people who might defile. Is God the Father really as far away from us as all that?

You see, the devil wants Jesus, wants us, to believe that our Father in heaven is really just another earthly father, a parent, and not even a very good one. So the devil takes words and ideas—like food, power, security—and pops them out of the stories and contexts that give them meaning. And we do the same thing. We say, men are superior to women, so we have to call God Father. Or we say, God has masculine characteristics, so we have to call God Father. Or we tell people, since God is our heavenly Father you must obey your earthly father, no matter how cruel he may be. Or worse still, we say, since God is Father, you earthly fathers get to be little gods in your own families and do whatever you want. The devil is not the only liar, not the only one who can twist the truth.

Jesus responds to the devil’s lies and temptations by planting the words right back in the story where they belong, where they make sense. Each time Jesus answers the devil, his reply is like a link on a webpage: click on the link, and it opens you to a new reality. Do you want to know about bread? The God who gave the law is the same Lord who provided manna to the Israelites. What about power? God overcame the earthly power you wielded through Pharaoh, and God will overcome the earthly power you wield through Rome or any other superpower that comes along. You want security? The Lord God protected his children, his band of wandering Arameans, for forty years before they entered the promised land. Life is always a gift, never a toy. It’s as if Jesus is saying, I am the Son of God, because I am in the middle of Israel’s story. It’s as if Jesus is saying, And my Father is right here with me, in the middle of my story, even in the wilderness. The Father has not abandoned me; the Father never will.

You and I, dear friends, can pray “our Father” because of the story of Israel and the story of Jesus. We have been adopted, grafted onto their story, and because of that, we are children of God, too. Our Father does not abandon us. In Jesus Christ the Son and through the Holy Spirit, our Father enters our story, walks alongside us in our deepest needs.

Our Father. In heaven. Holy. 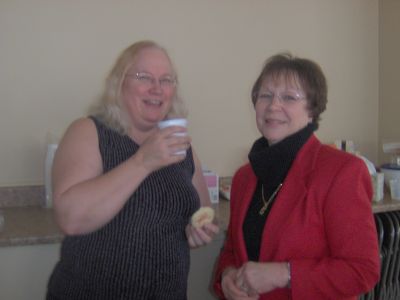 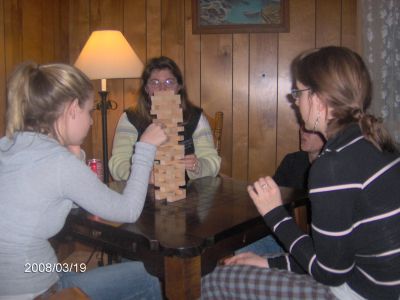